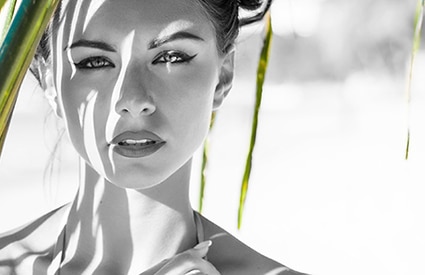 Fraxel Laser – works by delivering microscopic laser columns deep into the dermis to create tiny wounds that trigger your body’s natural response system to heal those wounds.  This process stimulates the collagen and elastin fibres which result in tighter, fresher, younger looking skin.   Fraxel is a skin resurfacing laser used to treat:

Fraxel laser treatment delivers the potency of ablative treatments with the gentle safety of non-ablative lasers, so you get the best of both worlds, dramatic results and less downtime.

Fraxel Before and After Gallery

There are three main types of Fraxel laser which fall into two categories:

Clinical studies suggest that on average a course of three to five sessions are usually needed for optimum results.  Results are immediate and progressive, with optimal improvement usually visible in two to three months. This time frame and treatment structure allow for complete healing and the production of new collagen and elastin to replace damaged tissue.

Results are achieved in one to two treatments and wound care recovery time is generally longer than other Fraxel treatments.

Regardless of which of the laser treatments you decide to have, topical anesthetic cream is applied on the skin for one hour before treatment.  The treatment takes approximately 30 minutes depending on the area being treated.  Most patients describe an increased sensation of heat during the treatment, and there may be some discomfort.  The treated skin will immediately be red, puffy or swollen.  There will be swelling, peeling, scaling and possible bruising for up to seven days after the treatment.  However, the severity of downtime depends on the treatment parameters used, area and type of skin being treated and this will also vary from person to person.